Archive for category: Things to do

You are here: Home / Things to do 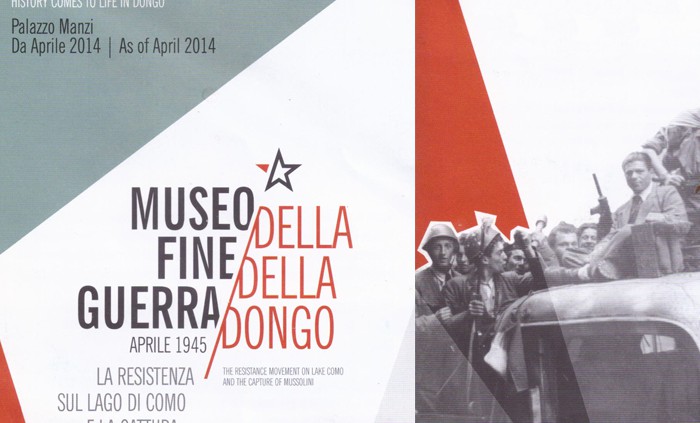 The winding lakeside roads that lead from Como to Dongo are still the same today as those taken on 27th April 1945 by the German motorcade hiding Italy’s Fascist dictator, Benito Mussolini.

It was in the square dedicated today to Giulio Paracchini, a martyr of the Resistance, that Mussolini was discovered and brought to the Palazzo Manzi which now houses the new “End of WWII Museum” and where visitors can gain a fascinating insight into the last days of the war in Italy.

With its wealth of original relics, documentary evidence and witness accounts, it’s an evocative, interactive journey into one of the most controversial chapters of Italian history.

The museum also tells the story of how Mussolini and his mistress, Claretta Petacci, finally met their fate at the hands of the Partisans outside the Villa Belmonte on the Via 24 Maggio in Mezzegra. A compelling and poignant experience.